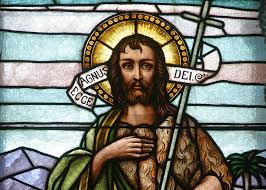 The first Christian churches, whom we now refer to as the Eastern Orthodox Church, began with God as one who lives as three - a unity of three persons: Father, Son, and Spirit. The Western Roman Christians began with God as three who live as one - a Trinity that lives in dynamic unity.
The disagreement was so fierce that in 1054 the church experienced The Great Schism when the Eastern and Western Christian churches broke apart. To be fair, there were lots of things they disagreed about like the date of Easter and papal primacy in Rome, but this issue of how to understand God was at the heart of them all and it led to a disagreement that is still being argued today: the procession of the Holy Spirit.
As The Episcopal Church enters a new phase of revising our Book of Common Prayer, you should know that this disagreement is part of the discussion - again. In the Nicene Creed, we say “We believe in the Holy Spirit, the Lord, the giver of life, who proceeds from the Father and the Son.” That’s the sticking point and it’s called the filioque clause.
The Eastern Christians totally disagree with the filioque clause because in their worldview, the Spirit can’t proceed from Father and the Son since God is One. The Western Christians, who begin with God as Three, would argue that the Son proceeds from the Father, and the Spirit proceeds from the Father and the Son.
Who’s correct? It all depends on your worldview.
So how do we find a way to live together with such different worldviews that lead to very different experiences and practices in life and worship? The answer to that matters because it will either lead us toward unity or further division.
Another discussion in the revision of our prayer book is about making the language about God more expansive, that is, less male-gendered, except in the sacrament of Baptism where the person will still be baptized in the name of the “Father, Son, and Holy Spirit.” This decision was made to promote reconciliation between the divergent views on what to call God and to prevent further breakdown of ecumenical relationships among members of the global Christian family.
For some God is only Father. For others, God is also Mother and it’s been that way throughout our history according to the writings of many church fathers and mothers. Both ways of describing God are present in our Testaments, Old and New, but the male-gendered names took priority in our habit, probably due to the patriarchal nature of Jewish and early Christian societies.
Three in One or One in Three. God as only Father or God also as Mother. 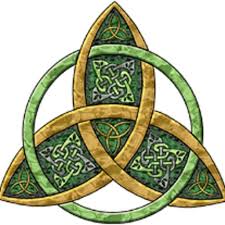 What’s all this got to do with our lessons today? In our gospel, John is preaching a baptism of repentance for the forgiveness of sin. So, the question is: how do we understand sin, repentance, and what a baptism of repentance for the forgiveness of sin means?
In this century, we have such a habit of viewing sin as individual choices for bad or wrong behavior. Repentance then is to stop doing that bad or wrong thing. A baptism of repentance then becomes a transaction: if you stop, you will be forgiven. Then you will be saved.
There is some truth in that. If we stop whatever bad or wrong behavior we’re doing, life will be restored. Ask any alcoholic or addict. But that isn’t the whole of it because it completely overlooks our collective sins like racism, sexism, heterosexism, able-ism, classism, and individualism.
It also has the process backwards. Forgiveness is not a reward for our repentance, but the means by which we are able to choose to repent.
John preached that by forgiveness, we are set free from sin but it requires that we change our minds, change how we think. The Greek word for repentance, μετάνοια (metanoia), means a change of mind affecting the whole life.
When we choose to change our minds in a way that affects all life, ours and everyone else’s, then we will be set free from sin, which can be understood as anything that disrupts the shalom of God - the way things ought to be according to God’s plan of redemption.
Theologian Paul Tillich* describes sin as a three-fold separation: from God, from each other, and from ourselves. This separation is caused by seeking our own will rather than the will of God, and it distorts all our relationships. For Tillich, sin is individual and collective, and it is only by God’s grace and our willingness to repent that our relationships are restored and we are returned to right relationship with God, one another, and ourselves.
This is the kind of repentance John the Baptist is calling the people to in today’s gospel. John is proclaiming that the kingdom of heaven is coming near and people need to change their minds in a way that affects all life so that they can recognize and receive the grace that is coming in the one who would come after him, the one who is more powerful than he is, the one who will baptize them with the Holy Spirit and fire.
And the people were flocking to John to hear his teaching - even the religious authorities were coming - because everyone wanted what he was offering: new life in the shalom of God.
In every age, restoration to life in the shalom of God, in the light of Christ, requires us to choose to repent, to choose to change how we think in a way that affects all life, to choose a new way of being in relationship with God and each other.
As long as any of God’s creation suffers lack, degradation, harm, or disrespect, we are all living in sin and God’s shalom is in a state of disruption. But the grace of God breathed upon us continually and patiently offers us forgiveness that will set us all free to repent and be restored to life in the shalom of God.
Let us pray. Eternal Reality, Breather of Peace and Justice, give us grace to change our minds in a way that affects all life, that your shalom may be restored and all of your children will be transformed by your love, live in your light, and know the peace that comes from your justice. Amen.
* Tillich, Paul, “The Shaking of the Foundations” (Wipf and Stock Pub, Eugene, OR, 1948).
Posted by Rev. Dr. Valori Mulvey Sherer at 6:00 AM