I know a woman who is trying to come to terms with a lifetime of spiritual experiences that the world judges as “abnormal” but she knows deep within her to be truth – the truth about her and her oneness with God and all that is. Due to her fear of judgment by the world, this woman has learned over time to fear having these experiences in case someone might notice. 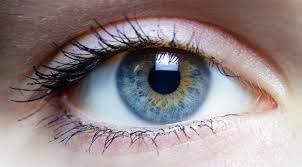 The experiences persist, however, so to cope she simply doesn’t talk about them anymore, which leaves her feeling a bit isolated. Over time she has come to see herself as physically broken and spiritually disjointed and incomplete. She is comforted by studying about persons in the communion of saints whose experiences seem something like her own.

The Good News I could share with this woman is that she is already whole in a marvelous way; that she is graced with the gift of experiences of divine unity many others never have. The result is she has a reconciling heart, strongly desiring that others share in the unifying love she knows so well.

This woman experiences oneness with God and all creation, and she always has. She also knows that the world is not open to hearing about her unusual experiences and will intervene to return her to the “normal” range of experience. It’s been done before.

Many Christians with mystical experiences or extraordinary gifts share this impression. I wonder if St. Francis of Assisi were around today what his fate might be; or how the world might diagnose Julian of Norwich who had shared experiences of the passion of Jesus on his cross. What if Mary Magdalene were to make her Easter proclamation today? They’d probably tuck her into a DSM category of people who see dead people.

What if Peter raised a child from the dead today? How would the world understand that? What would we do to him? Would anyone even consider the possibility that God was working through him? Does the modern world allow for a concept of God who can do that – much less a God who can bring the whole world to a place where we hunger and thirst no more, and where every tear is wiped away from our eyes?

The concept of God most often presented by the people of God in the world today seems to be a punishing, vengeful God, not the God of goodness and mercy described in the 23rd Psalm who spreads a feast before us far outpacing our hunger; who refreshes us and fills us to overflowing with divine love and mercy.

The world tends to be fearful of God and suspicious of people who live in union with the infinite love of God. Even the Christian world tends not to believe, despite our belief that we are formed in God’s own image and called to dwell in God’s infinite love.

When we encounter someone actually doing that, however, we generally respond by trying to force them back into the structures and patterns we have agreed are “normal” and acceptable. Our gospel shows us that the response was no different for the first person who lived in complete divine-human union: Jesus the Christ – the one who called us to live as he lived.

Jesus bent or completely blew away all kinds of “normal and acceptable’ structures in his day. He hung out with women, tax collectors, and known sinners; he touched dead bodies and healed lepers. Granted he was restoring them to life and health, but that must be overlooked in order to force him back into acceptable structures.

When the Jewish leadership confronted Jesus at the festival of the Dedication, that’s exactly what they were trying to do. We often read this as gospel story as if the Jews are actually seeking clarification from Jesus. In actuality, this is a threatening encounter. They have encircled Jesus, trapping him within their ranks as they tried to trap him in blasphemy in order to get him arrested.

Knowing what they’re up to, Jesus simply says: “I have told you, and you do not believe.” The Jewish leadership knows about Jesus; his reputation has spread far and wide along with news of crowds who gather in the thousands when he teaches. They know Jesus has healed lepers and demoniacs, cured a man born blind, and even raised his friend, Lazarus, from the dead and restored him back to life.

In fact, it was probably because of his works that Jesus was judged as “abnormal and unacceptable,” and needed to be stopped. That was the purpose of this conversation at the portico of Solomon: to stop him.

So, Jesus being Jesus, presses this conversation to the limit claiming the truth of his wholeness and oneness with God: “The Father and I are one" – a shockingly bold statement. The next line in this gospel, not included in our lectionary, is that the Jewish leadership took up stones and tried to stone him.

It’s a strange dilemma we’ve set up for ourselves – to strive in our Christian journey for union with God in Christ, in whose image we’re made and whose spirit dwells in us while at the same time counting the achievement of that, even in moments of our lives, as abnormal and unacceptable. It is fear that causes us to close in the walls around what is normal and acceptable – for God and for us. What is an attempt at spiritual safety, however, becomes a prison, and it is faith that sets us free.

We have nothing to fear when we lie down in the green pastures of the presence of God. Not even the valley of the shadow of death can harm or distract us from the divine feast that has been prepared for us by God, a feast that fills us to overflowing.

Each Sunday we partake of a tiny bit of that feast at Holy Communion. So come, share the feast and celebrate being abnormal and unacceptable to the world!

I close with the first verse and refrain from a song by Pink called, Wild hearts can’t be broken: