In my family of origin, I am the third of four daughters. Growing up my sisters and I were very close since we moved constantly -  about every 6 months to two years. Our sisterhood was one of the few constants in our ever-changing world.

Like all sisters, we fought a lot, but we also protected each other. The only time I ever beat a kid up, I was 8 years old and I caught another 8-year-old, our neighbor, beating up my little sister. After I punched her out, I brought her home to her mother, blood dripping from her mouth and nose, and told her mother what she’d done and why she was bloody. She got in trouble all over again with her mom.

I hated the experience though. The girl I beat up was a friend. I didn’t know why she was beating up my sister, but the whole thing made me cry. I went to see her the next day and we made up.  It turns out her father was dying and the little girl was just unable to cope.

I never beat up anyone else again.

In my childhood home we could yell, but we couldn’t hit each other. My parents laid that rule down to stop the cycle of physical violence they knew as children. It was an intentional action on their part, and a pretty remarkable one: two kids who had regular beatings as children choosing to eliminate physical violence from their parenting. 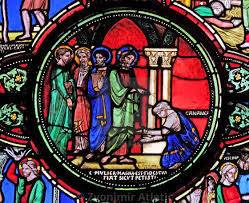 So, yell we did. Two of my sisters were exceedingly talented with hurtful words. One day, my little sister, who was my light and my joy, screamed at me that she hated me.

I was stopped short. “No, you don’t” I said softly. “Yes, I do!” she yelled in her characteristically dramatic fashion. “I hate you.”

My heart broke. The force of the violence of those words hit me harder than any punch ever could have and I vowed right then never to say those words to any other person… and I never have.

“…what comes out of the mouth proceeds from the heart, and this is what defiles.”

I became skilled at using the power of words, mostly for self-protection. Words gave me the power to compensate for being physically tiny, female, always the new kid, a brainiac a year ahead in school (so the youngest in my class), and a childhood victim of personal violence.

In my adulthood, I began advocating for other victims of the kinds of violence I had known growing up, directing the power of my words toward the freedom of others instead of using them to protect myself. It was then I discovered the real power of words. What comes out of our mouths has the capacity to transform lies to truth, pain to healing, desperation to hope, even death to life.

Words also have the capacity to disempower, slay, or destroy another. The choice is ours.

And this is the choice Jesus is clarifying for us in today’s gospel. You can wash your hands all day long in keeping with the “law,” he says, but you still aren’t clean if what comes from your heart causes sadness, division, and unfair burdens for others - which is what the word “evil” really means.

Our gospel has two stories that seem disjointed: one on the law and ritual cleanliness, the other a story about healing for a Gentile. But in Jesus’ inimitable way, these stories are closely connected by his main point. The first story being a theoretical discussion, the second being the manifestation of his point.

When Jesus went way out of his way to take his disciples north, where the Gentiles lived, he invited the encounter with the Canaanite woman by his presence. When she sees him, the woman, from whose mouth a ruckus was heard, pursues him. So annoyed were the disciples by this foreigner, this woman, that they asked Jesus to let them send her away.

What came out of the disciples’ mouths was selfish and exclusionary. They wanted only to shut her up and restore their peace. But Jesus used the moment to make his point.

The story tells us that the Canaanite woman cried out to Jesus, “Have mercy on me, Lord, Son of David…”  Here is this despised person speaking Jewish terms of respect and acknowledgment of Jesus as the Messiah of God.

But the next thing she says is equally as important. “…my daughter is tormented by a demon.” What she was asking for from Jesus was not for herself but for her child. Love motivated her to risk being humiliated and even violently pushed aside.

What came out of her mouth was faith and love - and it sounded like a ruckus. This sounds so sadly familiar to us, doesn’t it?

Voices among us are crying out making a ruckus today We might imagine the Canaanite woman as a Mexican immigrant mother crying out for her child still being held in a cage on the border. Or it might be the family of a person addicted to opioids. In both cases, they cry out, “Have mercy Lord, Son of David, my child is under the power of an evil force.”

These are today’s voices of faith motivated by love. No matter how annoying they are or how much they disturb our peace, Jesus demonstrated that we must engage them.

Now, the way he engaged the Canaanite woman seems, at first glance, like one of the most horrible things Jesus ever said to anyone! It hurts our hearts to hear him say such awful words.

But he says those particular words to demonstrate how evil tradition can be. In his culture, and in ours, people recognize what it means when someone is called a dog. I promise every female everywhere knows what it means and how it feels to be called the word that means “female dog.”

Humans tend to stratify ourselves placing one group at the top then organizing others beneath them. This is classism and it lives in cultures throughout the world - including ours.

Here in the US, we believe that anyone can improve their lot with hard work (our Protestant work ethic) and an entrepreneurial spirit. And that’s true to some degree. But a few instances of upward mobility don’t threaten a classist system. Freedom and equality for all do.

When the disciples encountered the Canaanite woman creating a ruckus, she was not a threat to them or their tradition. She was just one.  In the same way, having a few black or brown successes doesn’t threaten our overall system of classism.

The problem happens when everyone seeks to have access to the same opportunities and benefits. That’s when we see the upper echelon put up boundaries and close doors, excluding those they believe are beneath them or at least, heaping such burdens on them that advancement is very difficult if not impossible.

When Jesus responded to the Canaanite woman’s ruckus, he used words that reflected the traditional understanding. The Messiah came to bring salvation to the Jews - not to her. It wouldn’t be fair to give the children’s food to the dog.

Notice, not a single person among Jesus’ band of disciples spoke up about the insult. So common was this understanding that Jesus could call her a “dog” with impunity.

Undaunted, the woman argued with Jesus - and won! Her argument didn’t return insult for insult, but rather reframed the discussion using humility. Kneeling at his feet she said, ‘You say I’m a dog. OK, but even the dogs eat the crumbs from the Master’s table. Give me the crumbs - that will be enough.’

To which Jesus replied, “Woman, great is your faith!” You can almost see the shock on the faces of Jesus’ followers.

Jesus’ conversation with the Pharisees, followed by his encounter with the Canaanite woman, demonstrate his Messianic message of salvation for the whole world as prophesied, by the way, in Isaiah 49:6 where God said, "It is too light a thing that you should be my servant to raise up the tribes of Jacob and to restore the survivors of Israel; I will give you as a light to the nations, that my salvation may reach to the end of the earth."

The law and our traditions are meant to be guides that lead us to love. They are not boundaries around love meant to exclude anyone, and violence is never justified.

Changing our habitual understanding and practices is hard, but it can (and it must) be done. But we must be willing to raise a boundary-busting ruckus. That is our tradition too!

There is no violence and no classism in heaven. Where it exists on earth, whether in our traditional religious understanding or our practical application in cultural systems, we must, like Jesus, bring those boundaries down and let the love of God flow freely to all, for all, for ever. Amen.

Posted by Rev. Dr. Valori Mulvey Sherer at 6:30 AM