We’ve been hearing some heavy-duty teachings from Jesus in Matthew’s gospel lately. Two weeks ago, Jesus issued a divine call for change in the way we live together in community and promised to be with us, yoked to us, bearing the weight of that change and guiding us forward on the right path.

Last week Jesus, the religious rebel, called us to be servant-listeners. He called us to go beyond our traditional and habitual understandings and take the word of God into our hearts where it can have its effect so that we can respond from that transformed understanding as Jesus did: upsetting the status quo in order to bring justice, peace, and love to all of God’s people who hunger and thirst for it. 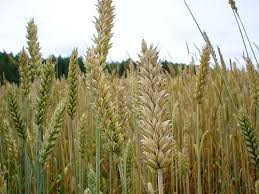 Today’s gospel continues with another powerful teaching from Jesus, this time piercing the heart of the apocalyptic tradition in Judaism which, by the way, was carried into Christianity and lives vigorously today in Christian understanding. Having just told us to listen differently, like infants (innocently, openly, and continually), Jesus tells the Parable of the Weeds, a story about living in the presence of good and evil in the world and in the church, perhaps hoping we’d practice what he just preached.

In this teaching, Jesus uses images familiar to his listeners. In those days you could sabotage a harvest of wheat by throwing in seeds of bearded darnell, a weed-grain that looks a lot like wheat at first but is bitter and a bit toxic in its maturity. The roots of this weed would wind together with the roots of the wheat, making it impossible to remove until the threshing.

Jesus clarifies through the parable that the separation of the weeds from the wheat is a divine task, not a human one. So, what are we supposed to do, just wait and do nothing? We’ll get back to that question a bit later.

Much of the commentary and discussion about this parable talk about the judgement of God being terrible - the weeds being thrown into the fire with weeping and gnashing of teeth, and they warn us that God’s justice is like that. This seems to be a persistent human tendency to project onto God the character of a punitive enforcer who threatens harsh suffering for some and enlightened blessing for others, even though Jesus, who is the second person in the Trinity of God, demonstrated by his life and ministry quite the opposite character.

Jesus demonstrated a loving, forgiving, humble character. When the law would have allowed him to punish sin, as in the woman caught in adultery, he didn’t do it. Instead, he forgave people their sins - even from the cross as he died.

God is steadfast in God’s commitment to reconcile those who are evil, that is, those who by their intention or actions cause division, harm, or sadness, those who build systems that make the burdens of others heavy or oppressive. We affirm the same in our Catechism where we proclaim that our mission is to “restore all people” the wheat and the weeds “to unity with God and each other in Christ.” (Book of Common Prayer, p 855)

God’s stated plan, God’s promise is the reconciliation of the whole world. The wheat are dwelling places of the presence of God, imperfectly in our humanity, but that’s OK. God knows our ignorance and weakness and has our backs. The weeds are lost - and we know how Jesus felt about leaving the many to go after even one who is lost.

So, the wheat and the weeds must live together, entwined together in the roots of our humanity, because God seeks to redeem and reconcile all. That doesn’t always happen, however, as we well know. Sometimes the weeds die in their evil state, unrepentant.

When that happens, the parable says, the angels of God separate the wheat from the weeds and throw the weeds into the fire where there is weeping and gnashing of teeth. There are two very important concepts to unpack here.

First, let’s consider the fire. How is fire used in the Bible? There’s the famously burning bush through which God spoke to Moses in the third chapter of Exodus (v 1), and in Exodus 24, the “appearance of the glory of God was like a devouring fire on the top of the mountain for all the people to see (v 17). In Luke 3, John the Baptist declared that the Messiah would baptize with the Holy Spirit and fire (v 16).

When we are in the presence of God, no matter how unworthy we are or we feel, the pervasiveness of God’s love saturates us and we can only - finally - love back. It is the ultimate healing. It is reconciliation.

Then, as the parable says, those who have been brought back into right relationship in the fire of the divine presence, will shine like the sun in the kingdom of God. God’s plan of redemptive, reconciling love is for the whole world. God’s judgment isn’t terrifying, it’s salvific!

In the parable, the weeds are the children of the evil one. Hearing that from our 21st century perspective, we may miss the point. Remember, Jesus called himself the Son of Man. We call him the Son of God. Similarly, the children of the evil one those who are in relationship with and agents of those who sew division, pain, and heap unfair hard work upon those they can oppress.

The children of the evil one are those who participate in malevolence or maintain malignant systems. All of us have been and are participants in systems that are rife with what are called the “seven deadly isms:” racism, sexism, ageism, classism, ableism, heterosexism, and individualism.

We, who are the church, clearly have lots of reconciling work to do. Trying to dismantle all of these systems at once would be impossible, but that is no reason to give up. God has raised up for us in this moment two -isms to attend to: individualism and racism. These -isms, however, are interconnected, bound together at their roots, and attending to one will have an effect on them all.

God has been calling us, in very overt ways recently, to wake up from our collective sleep and recognize that our economic, educational, public safety, and even our religious systems are racist, that is, they discriminate against people of color. Recognizing how and where our familiar systems are racist is only the first step, but it’s the most important one we can take right now. And we take it by listening to the voices of those who are being oppressed - listening as Jesus taught us to do in last week’s gospel: as servant-listeners who prioritize God and other over self. Listening like infants: openly, continually, without defensiveness or blame.

Until we as a people can recognize and acknowledge the inherent racism in our systems, no amount of work by individuals to dismantle them will be successful. Bound together as we are at the roots of our humanity, we must live and act as one, unified, anti-racist, anti-individualist body to dismantle those unjust, oppressive systems and build new, just ones.

This first step is a hard one, and it’s scary. A familiar oppressor is often preferable to an unknown future, even when that future promises freedom. Thankfully, “in hope we were saved” as St. Paul says, so we can “hope for what we do not see…with patience” and keep going. As Dr. King said, “Take the first step in faith. You don't have to see the whole staircase, just take the first step.” Source.

The twin pandemics of coronavirus and racism have revealed to us two of our most potent -isms: individualism and racism, and the time for healing action is now. The path for healing is the redemptive, reconciling love of the Triune God who gave us our mission: to restore all people to unity with God and each other in Christ by promoting justice, peace, and love. (Book of Common Prayer, 855)

We can do this only through the power of the love of God in Christ who is yoked to us, dwelling in us, guiding our every step. As always, we pray before we take a first step, so I offer this prayer, adapted from our Noonday Prayer service.

Let us pray. Redeeming God, send your Holy Spirit into our hearts, to direct and serve us according to your will, to comfort us in all our afflictions, to defend us from all error, and to lead us into all truth; through Jesus Christ our Lord. Amen. (Book of Common Prayer, 107)
Posted by Rev. Dr. Valori Mulvey Sherer at 7:00 AM