Charles Tichenor funeral sermon: Show up and receive the grace

Thank you all for showing up and sharing with us as we remember and honor the life of Dr. Charles Tichenor, a saint, as St. Paul described those who believe, who is now living eternally among the communion of saints in heaven.

Episcopalians love the communion of saints. We celebrate them on our liturgical calendar. We sing songs about them, study them, and ask them to pray for us as we walk our earthly journey. For us, it’s the same as asking a friend or family member here on earth for their prayers. 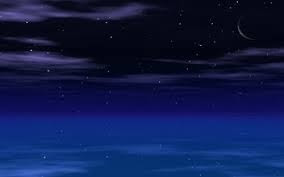 We can learn a lot from the saints. For example, from Sts. Peter and Paul, we learn the grace of surrender. The will of God was so surprising for each of them, so outside what they expected, that each one had to finally surrender to the love of God that kept leading them to grow in their faith, understanding, and service in the name of Christ.

From St. Mary, the mother of God, we learn, among other things, the graces of humility, courage, and obedience. Trusting that nothing would be impossible with God, Mary gave her yes to God, knowing she would face ridicule and exile, and she persevered in her faith even as she watched her son being tortured and unjustly executed.

Every one of us faces challenges and is blessed with gifts from the very beginning of our lives. Our faithful response to these gifts and challenges forms us into the people we become, the direction our lives will take, and the legacy we’ll leave behind.

Every day we have the opportunity to choose how to respond to life because we are new every morning. We can choose to trust that the steadfast love of the Lord never ceases and his mercies never come to an end, or we can doubt – and find ourselves being tossed about as if by the wind on a stormy sea.

Even then, however, we are not abandoned. Jesus, who is the way, the truth and the life, dwells in us. He breathed his Spirit into us and promised to be with us always, even to the end of the age. All we need to do is believe.

In the six years I’ve been here, I’ve only had a couple of in-depth spiritual discussions with Charles. He generally sat near the back of the church and left quickly when the service was over. Charles always had somewhere to go and something to do – which, as you know, he always did extremely well.

One time I asked Charles about something I’d seen in him during the service. The Spirit had drawn my attention to Charles who was sitting with his eyes closed and his face pointed slightly upward.

My sense was that he was in receiving mode – receiving the gift of the presence of God in that moment. Charles acknowledged to me that, indeed, he was. It’s why he came to church, he said, because every once in a while, God chose to fill him body and soul.

Helen told me a similar story about Charles. I have interpreted that story into a prayerful reflection which I offer to you now:

Somewhere far, far out in the vast ocean,
a young naval officer keeps watch on the deck of his ship
as night begins to fall.

The ocean is calm.
Stars appear in the sky in numbers that almost overwhelm,
there being no city lights to dim their bountiful beauty.

The light from the stars reflects on the smooth waters ahead
blurring the horizon.
He strains to discern where the water ends and the sky begins,
but then
he surrenders,

and in that moment, realizes the truth –
that it is all one, and we are one with it.

On earth as it is in heaven.

Earth… the war… the ship…
thoughts begin to fill his head.
A torpedo could come from anywhere at any time.

His body tries to brace against the threat of danger,
but instead
he surrenders

to the unity of spirit and the peace that fills him;
a peace that only comes
through faith in the God who created the world he is witnessing.

It is the peace that passes understanding– even in a time of war –
and all he had to do
was show up and receive it.

And that’s what Charles did, throughout his life. May we learn to do the same from his saintly example.

Rest in peace dear Charles. Thank you for giving so generously from your gifts, and struggling so honestly with your challenges. May you now receive our love that sends you into heaven. Amen.