Note: if the above player doesn't work on your device, click HERE for an alternative audio format.

Today, the 4th Sunday in Lent, is called Laetare Sunday. "Laetare" means "Rejoice" and on this day we remember that our Lenten work is meant to lead us to joy. The liturgical color is rose (pink). 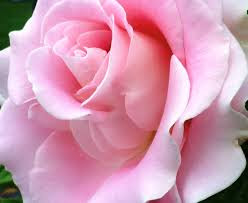 This Sunday is also known as "Mothering Sunday.” In the English tradition, on this day people return to worship at the church where they were baptized. It’s is a kind of check in on our spiritual journey which begins at baptism; but where we are at any point in our life, is up to our responsiveness to God’s leading; and it may or may not have any resemblance to the plans we or our families might have made. As the joke goes: If you want to make God augh, tell Her your plans.

Just when we think we have it all figured out, when we think we know who we are, where we’re going, and how to get there… God moves in a way we didn’t see coming and we have to rethink, redirect, and repent, that is, turn around and go another way – the way God is showing us – just as the Israelites did as they wandered in the desert. The traditions that guided who they were and how they lived had to be suspended in the circumstance their exile.

They had to let go of what they knew and had planned, and walk on in faith toward the future God had prepared for them. As a people traditionally tied to the land, this wandering people had no laws to govern their lives as wanderers. They had to figure it out as they went along.

At times it was hard for them to tell if they were actually heading somewhere or if they were just wandering around lost. The generation who began the journey into exile was now dead and gone and a new generation was arriving at their God-given destination: the Promised Land. Honoring their forebears, they began re-instituting the traditions that proclaimed their identity and belief; but they did this as a new generation in a new place, with a new understanding.

The Israelites’ time in the desert had revealed only part of the big picture of the will of God for them. The rest of the story (as Paul Harvey would say) is found in the words of Jesus in today’s gospel from Luke.

The parable of the Prodigal Son is the third of three parables Jesus uses to teach about reconciliation. In this gospel, Rabbi Jesus tells a wild story, filled with things that would make his listeners cringe. For example, a son asking his father for his share of the inheritance would be akin to a death wish; the image of a Jewish man, even a desperate one, wishing he could eat the slop of swine would be horror upon horror for a kosher people; and no self-respecting, elder Jewish man would ever run to greet his son. (Source)

In addition, I think there are a few reactions Jesus counted on from his listeners (then and now). For example, it was the son’s own choice that led him to his desperate situation. He was selfish, disrespectful, and disobedient. He made his bed…(as they say). He has only himself to blame.

Finally, what about the older brother? He’s been good and faithful all along, and hasn’t asked for reward. But now his father kills the fatted calf for his low-life brother, and he’s understandably upset.

Looking at this parable from a “human point of view” these reactions make sense. But we who are followers of Christ must no longer look at things that way. We are a new generation, in a new place, with a new understanding.

Like the father in this parable, God does not count our trespasses against us. The world doesn’t love hearing about that kind of extravagance of mercy and love.

We’re good with it, of course, when it’s our own sin that needs forgiving, but we’re often less happy about it when it’s someone else’s sin. Then we, like the older brother in the parable, feel justified in our resentment. Some of us even feel justified in being violent toward the sinners we particularly hate.

I once heard Brother Curtis Almquist from the Society of St. John the Evangelist, an Anglican monastery in MA, say: “If you don’t have mercy for someone, you don’t know enough about them.”

God does know – and God never fails to seek the lost and bring them home with a joyous welcome. And God has called and prepared us to be partners in this work.

Everyone has a story that plays out within the silence of their hearts. God knows our stories, our interior battles; and has mercy on us. The invitation during Lent is to return and claim it, just as the Prodigal son did when he ‘came to himself’ and returned home where he once knew love.

Upon seeing his father, the Prodigal son utters the words of repentance: “…I made a mistake…” and in response - there is rejoicing!

Once we realize the unfathomable love of God for us, then we truly are a new people in a new place with a new understanding. As St. Paul says it: we are a new creation.

A final word about the older brother in the parable, who represents us: the church. Like the brother, we try to live faithfully, and we’re tempted to be judgmental about someone who seems to ‘get away with’ not “being-hāve” as my kids would say. (When I’d tell my children to behave they’d reply to me: ‘I am being-hāve!)

Did you hear the father’s response to the older brother? Hearing this as the voice of God, the reply was: Beloved one, you are always with me, and all that is mine is yours.”

Think about that for a minute – it’s amazing in its reality. What if we, the church, believed it when God says to us: My beloveds – you are always with me, and all that is mine is yours”?

There would be no building or budget concerns, no resource issues that would distract us from fulfilling our divine purpose. If we truly believed that, heaven and earth would rejoice! Laetare!