I am not preaching this Sunday, the 3rd Sunday After Pentecost, but there is a powerful sermon from our Deacon, Janet Schisser on the Calvary YouTube Channel. Instead, this week I offer my article from our weekly newsletter.

In our Bible Study this week, our discussion went deeply into the topics of sin and grace as presented by St. Paul in his letter to the Romans (ch 6). I mentioned an article written by theologian Paul Tillich called “You Are Accepted” which offers a traditional definition of sin; one that is supported by Scripture but is unfamiliar to many modern Christians. It was requested that I share it here, so I do - with a little context. 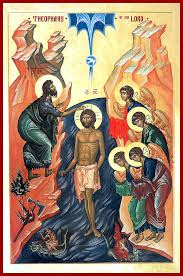 In his book, The Shaking of the Foundations, theologian Paul Tillich describes sin as a three-fold separation: from God, from each other, and from ourselves. This separation, which is caused by the seeking of our own will instead of the will of God, distorts all of our relationships. (Note: As a trained trauma responder, I’d also say trauma can lead to this - especially early childhood trauma.) It is only by God’s grace and our willingness to repent that our relationships are restored and we are returned to righteousness, that is, to right relationship with God, one another, and creation.

Jesus speaks plainly about this when he says, “I tell you; but unless you repent, you will all perish” (Lk 13:3). He goes on to explain what he means in the parable of the fig tree. In this parable, the lord of the vineyard sees a fig tree that isn’t producing fruit, judges it as useless, and cuts it down. In Jesus’ re-telling of this popular near-Eastern story, however, the owner of the garden shows mercy, giving the tree one more chance. In order to live the tree and the tree’s community (the gardener) must change how they’re doing things… which is the point in this parable: repent, change how you and your community are living together, or you will die… not because God will punish you, but because the way you are living is not life-giving… it leads to death.

When we choose to repent, we may find ourselves “struck by grace,” as Tillich says, the way St. Paul was on the road to Damascus, knowing deeply the truth that God loves us with an incomprehensible love, even though we are thoroughly unworthy of that love. Suddenly, “a light breaks into our darkness and it is as though a voice were saying: ‘You are accepted…accepted by that which is greater than you…’”

Repentance empowers us through the grace of God’s acceptance, opening the way for all of our relationships to be changed, reconciled. If there is a burning theological and social issue right now, this is it: the way white America lives in relationship with our African American sisters and brothers needs to change. It leads to death. We’ve seen the videos.

The world is currently erupting in pain born of the sin of racism. Rather than stop the pain or silence the cries, we might consider entering it instead and being changed by it, trusting in God’s grace to transform it and us. The time is now to repent and be reconciled.