4 Epiphany and Annual Meeting, 2022-C: Forward in faith and ministry

En el nombre del Dios que es trinidad en unidad. Amen.
Mother Theresa of Calcutta once said, “Love has no meaning if it isn’t shared. Love has to be put into action.”* That’s exactly what we see happening in today’s Gospel reading from Luke, which picks up the story right where we left off last week. 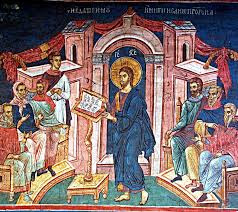 Having read from the scroll of Isaiah, Jesus begins his sermon saying, “Today this scripture has been fulfilled in your hearing.” (4:21) At first, the congregation is very pleased. The people love reveling in the success of their hometown hero.
Jesus’ reputation in Capernaum has earned him great respect throughout the region. He’s a celebrity of sorts, and his hometown peeps are filled with pride. Luke says, “All spoke well of him and were amazed at the gracious words that came from his mouth.” (4:22)
God’s promises of mercy and salvation are about to come true - finally! - and their own son will see to it that they get the reward promised throughout the ages. They have an inside connection and they’re ready to reap the benefits. **
Sensing this, Jesus says, you probably want me to do here the things I did in Capernaum, but the truth is: God’s promised mercy and salvation will reach beyond the Jewish people to all people. Then he illustrates this truth using two stories from their tradition: the story of the prophet Elijah healing the widow at Zarapheth and the story of the prophet Elisha healing Namaan, the Syrian. Both the widow and Naaman were outsiders, Gentiles who received God’s mercy and healing, while faithful Jews suffered and died all around them. 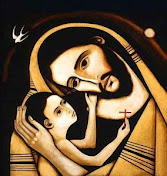 Well, this was not what Jesus’ homeys wanted to hear and certainly not from him. Jesus acknowledged that he would have no honor in his hometown where they remember the scandal of his birth. When they asked, “Is this not Joseph’s son?” they were subtly (and uncharitably) reminding everyone of the shameful reality that Jesus’ mother was pregnant before she was married, and that Joseph wasn’t Jesus’ real dad.
Why? Because Jesus smacked down their expectation that if God’s promises were to be fulfilled, they would be fulfilled for them – the Jewish people. They are God’s chosen, and they along with their ancestors have been faithful for generations. The prize belongs to them, and they aren’t about to let it be given to the unclean unbelievers who had done nothing to earn it.
If we pause here for a moment, we can see what their unbelief looks like. Salvation isn’t earned, it’s a free gift from a loving God, but the congregation in this synagogue in Nazareth overlook that inconvenient point because it doesn’t fit their expectations. Yet, the truth Jesus is speaking is in the very scroll he read from: the scroll of Isaiah, where God said: “It is too light a thing that you should be my servant to raise up the tribes of Jacob and to restore the survivors of Israel; I will give you as a light to the nations, that my salvation may reach to the end of the earth.” (Isaiah 49:6)
That inconvenient truth didn’t sit well with some of Jesus’ listeners, and they reacted with a turbulent commotion (here translated as “enraged”). Some even tried to hurl Jesus off a cliff.
Isn’t it interesting that when Jesus is faced with this turbulent and potentially violent commotion, he simply passes through the midst of it and goes on his way? That gives us hope for our time. Despite the attempts by some people today to hurl the truth off the cliff, God simply continues undaunted on the path to redemption.
St. Paul makes clear that followers of the Way of Jesus don’t throw the truth or truth tellers off the proverbial cliff. If only. Just last week we celebrated a national holiday honoring another prophet, Dr. Martin Luther King, Jr., who we threw off that proverbial cliff.
Jerusalem has a reputation for killing its prophets. Sadly, so do we.
So then, how do we tell the difference between a true and a false prophet, between the divine Truth of God and a “truth” of our own devising? We do as Jesus did. We go to our Scriptures and we remember to look at the whole story, the big picture of God’s message of redeeming, reconciling love. 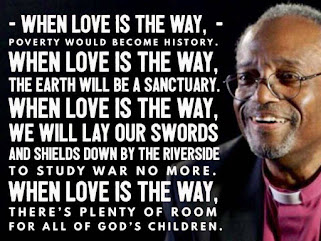 As Episcopalians, we also go to our faith community knowing that God speaks through the community as well as the individual. Community discernment keeps us from getting lost or led astray by a “truth” of our own or someone else's devising.
St. Paul’s epistle reminds us that no amount of prophetic power or faith or knowledge is worth anything in the absence of love, which he so beautifully defines as kind, not envious or boastful or arrogant or rude. Love, he says, does not insist on its own way; it is not irritable or resentful. (13:4-5)
Clearly, Paul didn’t spend any time on social media! We live in a time when we’ve normalized or at least become tolerant of saying just about anything, no matter how arrogant or rude, harsh, or even cruel. On social media and in person, yes – even in churches, tempers flare with amazing rapidity with little to no accountability for the harm done.
This is important because as followers of Christ we are all prophets, and the truth we proclaim is him. Jesus is the Way, the Truth, and the Life. (Jn 14:6)
If we know the truth of our salvation in Jesus Christ then we must also be compelled to speak it, not in a Bible-thumping, brimstone kind of way. Episcopalians don’t go for that. Neither did Jesus.
Jesus spoke prophetically but he never forced or threatened anyone into believing. He also accepted the consequences of his prophetic ministry knowing that speaking the truth meant some people weren’t going to like him.
Most of us have a hard time letting people dislike or hate us without trying to fix it - but we aren’t called to fix it, and we aren’t called to be liked. We’re called to be prophets of the truth of God in Christ, and we’re called to do that in love, trusting God to be with us, to guide us, and to speak through us.
If God is going to speak through us, however, we’re going to have to let go and give the Holy Spirit total freedom to transform us. We also need to participate in church, because it is the church’s role to equip us to be sent into the world to share the good news we know. We need to be willing to accept the consequences of our prophetic ministry knowing that the gospel of mercy, forgiveness, and inclusion isn’t good news to everyone, especially the earthly powers that be. 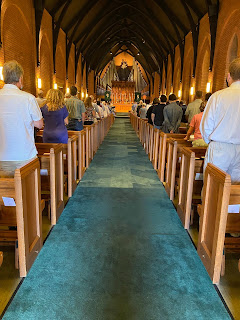 Thankfully, we don’t do any of this alone. We do it together as a community: a parish, which is part of a diocese, which is part of a worldwide communion. We do it in the company of the saints who went before us and proclaimed the same truth in their time.
Today, at our Annual Meeting, we will celebrate our parish community and the imperfect but beloved institution that carries us ever forward in faith and ministry. I want to share a story about how that looks right now at Emmanuel.
Last Sunday, Bishop Deon wore this chasuble when he celebrated Holy Eucharist with us. The chasuble was designed by one of our members to honor another member who had died of AIDS. The family of this man wrote to me and said, “32 years after his death from AIDS, a joyful and openly gay man was leading worship at Emmanuel's altar…. My, how the world has changed! Thanks be to God.”
Thanks be to God indeed. As Bishop Deon said last week, it isn’t that long ago that he couldn’t have been ordained a priest, much less a bishop. The same is true for me as a woman. But God, who is love, carries the Church forward in faith and ministry, passing through the midst of all the turbulent commotion it faces on any and every issue.
As a parish community, therefore, we can trust that God is always with us, guiding and leading us onto the path of redemption, where we find healing and life, enabling us to put God’s love into action in the world. Amen.
* Lucinda Vardey, editor, Mother Theresa Meditations from A Simple Path (Ballentine Books, NY, 1996), 57.
** New Interpreter’s Bible Commentary, CD-Rom version, Vol. IX, 107.
Posted by Rev. Dr. Valori Mulvey Sherer at 10:00 AM