Epiphany (transf) and Baptism, 2022: Followers and bearers of the Light

Today is the transferred feast of the Epiphany, which marks the end of the season of Christmas. Some Episcopalians follow the celebration of Holy Eucharist on this day with a de-greening of the church and a burning of those greens. It’s beautiful symbolism – and besides, who doesn’t love a good bonfire?!

Picture it - standing in the presence of the great light of an Epiphany fire and feeling its warmth and power. It is a true manifestation of the message of this day, and it connects us to our forebears. First, there were the Israelites, who followed the pillar of light during their 40-year exile in the desert. Then the shepherds who followed the light of the star to Bethlehem to where the baby Jesus had just been born.

It also connects us to the experience of the magi, who, as Matthew tells us, traveled a great distance following the light of an unusual star in the heavens. These visitors were probably Zoroastrians, members of a religious group who studied the stars. They also interpreted dreams. 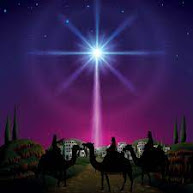 According to Zoroastrian belief, every person is connected to a star. The appearance of this unusual and magnificent star signified the birth of an unusual and magnificent person. It was so compelling to them that they packed up their camels, loaded up their treasure chests, and headed out to find the person connected to this amazing star. How far they traveled and how long it took is unclear, but it was anywhere
from 500 miles, which would take a few months, to thousands of miles taking a couple of years.

Matthew, who is Jewish, calls these visitors “magi.” This is significant. Magi is the source of our words “magic” and “magician.” They were thought of as sorcerers in their time and they would have been looked at with suspicion, even contempt, by faithful Jews. The Magi were foreigners, Gentiles, and sorcerers – outsiders in every way, yet they too were drawn to see the Messiah.

The hymn tells us there were three magi, but we don’t actually know how many people were in the magi’s caravan. Scripture tells us there were three gifts – gold, frankincense, and myrrh. The traditional names of the three wise men: Caspar, Melchior, and Balthasar, first turned up in a 5th-century Greek manuscript and later in a 6th century mosaic in an Italian church. If you used the chalking of the door liturgy I sent out,you might have noticed that the “code” includes the letters C, M, and B – which some say refer to Caspar, Melchior, and Balthasar, but actually refer to the Latin phrase, “Christus Mansionem Benedicat” which means “Christ Bless this House.”

When the magi caravan saw that the star had stopped, they, like the shepherds, were overwhelmed with joy. When Mary and Joseph welcomed the magi into their house, a breach of protocol on their part yet again, the visitors saw the baby Jesus and fell to their knees, paying homage to him and offering him gifts. 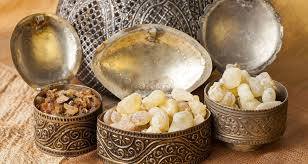 This is a powerful moment in the story as it is the moment the light of Christ caused a historical wall to come tumbling down – the wall between the Jews and Gentiles, insiders and outsiders. In this moment, God established a divine unity where there had been centuries of human division.

The gifts the magi offered baby Jesus were those typically given to a king: gold – which is a symbol of earthly wealth and power; frankincense - a symbol of spiritual power, used in the anointing of kings and priests; and myrrh - an expensive plant extract used by royalty as a perfume or medicine. It is also used to prepare a body for burial.

Matthew ends the story by telling us that the magi went home a different way, having heard in a dream that they should not return to Herod. As I mentioned before, the magi were interpreters of dreams, but I often wonder, did they all have the same dream? We don’t know, Scripture doesn’t tell us; but we do know that nothing is impossible for God, who guided these “non-believers” and remarkably, they listened and obeyed, openly defying human political authority and putting themselves at risk of attack.

The world has always been difficult to navigate. For us, the COVID pandemic marches on with variants challenging our COVID fatigue to the limits. Fear continues to challenge our faith, as Rev. Sujanna said last week in her sermon. Though our path forward is uncertain at times, we know we can trust the Light who leads us, and so we are compelled to go on – together – as a community, a family of faith who are both followers of and bearers of the light of Christ.

Today, we have the joy and privilege of adding another member to the Christian community in the family of faith here at Emmanuel: Owen Francis Smith who will be baptized in a moment. Each time we baptize a child of God, the priest proclaims: “receive the light of Christ” as their baptismal candle is lit from the Paschal candle. 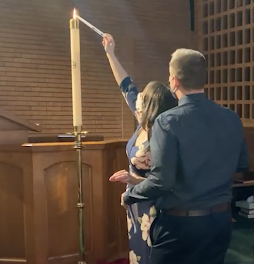 The godparents symbolically hold that light until Owen can hold it for himself. In the meantime, we all promise to help Owen learn how to be a follower and bearer of the light of Christ, and we pledge to help him understand the power and the warmth of the light he is being given.

The light of Christ is no small thing - for Owen or for us. The power of it continues to break into the darkness of the world enlightening it as its warmth divinely gathers and unifies those whom the world has divided until all are one body, one spirit, one family in God.

It’s also no small thing that we have been chosen by God to be followers and bearers of this light. As we baptize Owen, may we all recommit ourselves to the life of grace that is the gift of Baptism… a life that sees and shares joy and wonder in all God’s works. Amen.

Posted by Rev. Dr. Valori Mulvey Sherer at 9:00 AM